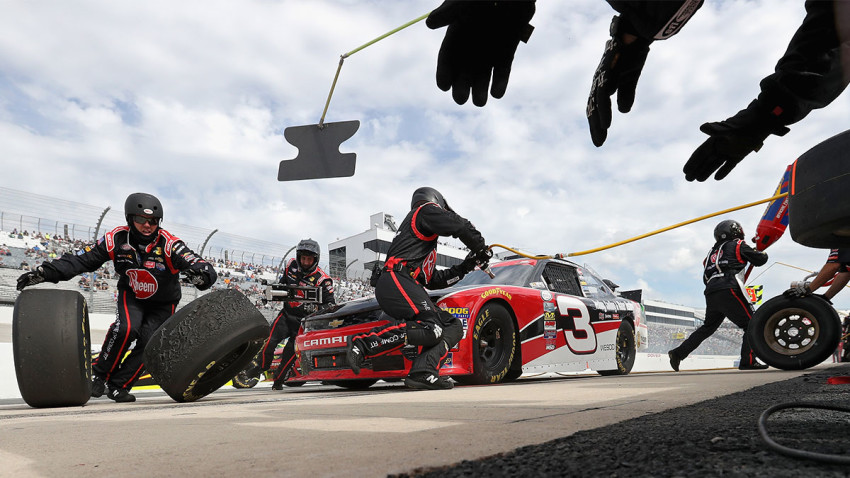 Agile — the management approach that relies on small, entrepreneurial, close-to-the-customer teams — has a reputation that reflects its rapid adoption in software development. It’s for techies. It’s for hip Silicon Valley startups. It is most definitely not for big, old-line companies that are facing an existential crisis and require a full-scale turnaround. In that situation what you need is a clairvoyant dictator, someone who knows exactly what to do and can bring in the mercenaries to do it.

Let’s look at these myths — for myths they are — in reverse order, dictator first.

Contrary to conventional wisdom and Hollywood action movies, dictatorial management is ineffective in large-scale crises. Command-and-control systems work best when operations are stable and predictable, commanders have greater knowledge of operating conditions and potential solutions than their subordinates do, centralized decision makers can effectively handle peak decision volumes, and sticking to standard operating procedures is more important than adapting to change.

None of these conditions exists in extreme events such as natural disasters, terrorist attacks, major military battles — or large-scale business turnarounds. The variability and unpredictability of events are too high for rigid directives. Experienced operators in the field have better knowledge and more current information than remote dictators or their mercenary agents do. Information overloads paralyze command centers, creating devastating bottlenecks. Standard operating procedures fail because the situations are by definition nonstandard.

Managers who fall prey to the dictator-in-a-crisis myth pay a heavy price. Their responses to unexpected developments are slow and ill-informed (think of Hurricane Katrina, the Chernobyl meltdown, perhaps even the ongoing disaster at Sears). And their obvious lack of confidence in frontline employees will hinder growth long after the crisis passes.

For these reasons, modern crisis teams are turning from command-and-control systems to more adaptive, agile approaches. We have worked with some of these teams, and we have observed several others. All are putting that “hip” methodology to work in exactly the places where so many people have believed it was inappropriate.

An exemplar of the new approach is WorleyParsons, a global engineering and construction firm that specializes in oilfield and other energy-related projects. In 2015, the price of oil dropped dramatically. Demand for WorleyParsons’s services crashed, with oil and gas capital projects declining more than 50%. The company was suffering from lower revenue, declining margins, and a falling stock price. Large investments made when the market was growing, including several acquisitions, became a heavy debt load in the downturn.

As the crisis intensified, management undertook successive rounds of cost cuts. But the organization’s energy and appetite for more cost-cutting was low. The company needed a new way of working, and when executives learned about agile they decided to try it. Instead of issuing directives from the top, frontline management identified and set up initiatives that eventually involved hundreds of teams throughout the organization. These teams changed their ways of working. They structured their work in sprints with a regimented process to arrive at key decisions. They utilized backlog prioritization, daily huddles, and the other tools of the agile trade. Senior leaders helped clear away obstacles and tracked the teams’ results.

The agile approach injected a level of speed and accountability not found in many business turnarounds. The teams attacked the cost base from multiple angles. They reduced unnecessary work and process inefficiencies, proposing and then implementing everything from an overhaul of the firm’s IT infrastructure to a ban on business-class travel. Senior executives called on local teams to attack opportunities only they could see and address. Those teams accelerated responses to customers’ requests for proposals, fixed ineffective and inefficient heating and cooling systems, consolidated duplicative support functions among regional and global operations, and fully owned the outcomes.

The results were both remarkable and quick. In the first 100 days, the firm increased its cash position by 20%, reduced its net debt, and registered a $120 million gain in anticipated profitability. After just one year, margins had increased by five percentage points, cost savings totaled $400 million (on an addressable cost base of $1.2 billion), and the stock price was up more than fourfold. Even more important, thousands of people had now participated in agile-based initiatives. They had learned new skills and gained new confidence. They were more and more focused on growing the top line and innovating, and launched new initiatives accordingly.

Employing agile in this kind of context does require adapting some conventional practices, and it adds some risk. For example, agile teams usually aim to provide their members with sustainable lifestyles and have them work at a pace that they can maintain indefinitely. In a turnaround, teams may work unsustainable hours for several months at a time. In ordinary circumstances, agile teams usually create a working increment every one to four weeks. In a turnaround, tough circumstances sometimes require creating working increments in a single day. In general, agile teams may be required to make decisions faster and with less information than traditional teams.

-They communicate — even over-communicate — the strategic ambition to a broader range of people. Since leaders know they will be delegating far more decisions, they ensure that people making those decisions are fully aligned on what to do and why to do it. That way, how they do it can be flexible yet faithful to the strategy.

-They serve as coaches, not commanders. In a turnaround, people are afraid to make mistakes, so they bring decisions to their boss. Strong leaders act as coaches and trainers to expand the quantity and quality of decision makers.

-They strengthen lines of communication among the teams. To avoid becoming a bottleneck, they develop tools that help everyone see what all the teams are doing at any time.

-They accelerate learning loops, emphasizing progress over perfection. They embrace unpredictability and don’t get slowed by excessive precision. Adequate approximations will do.

-They shift measurement and reward systems to larger teams. One of the biggest problems in a crisis is that people focus on doing what is best for the individuals they know and trust — which often means people in their own silos. Effective turnaround leaders enlarge circles of trust and collaboration.

In a conventional turnaround, a small team of people at the top tries to figure out a company’s problems and make the necessary changes. In an agile turnaround, hundreds or even thousands of employees attack those problems at the root — and are learning skills they can put to work when the company recovers. The agile approach is indisputably better.

(This article was originally published in the Harvard Business Review, by Darrell K. Rigby, Simon Henderson and Marco D’Avino, that reserves all the rights. To read the original article please visit here.)